Time Bomb/WTF is up with Connor Now Thread

Jacked up my pathetically low hanging exhaust yesterday. It's still not perfect but I'm getting there. Next adjustment I think i'm going to have to undo most of the exhaust to get it perfect, and I wasn't up for that.

Basically when the PO installed the test pipe they didn't slide the tail section far enough onto the test pipe, so it looked kinda like this at the joint: /\, and that made my tailpipe point at the ground and hang 4" too low in the back. I loosened the clamp at that joint, unbolted the rear hangar, and yanked on the joint to pull it down and force the tailpipe section onto the test pipe. Then I jacked the tail pipe up (with a floorjack and a 6x6 so I didn't jerry the chrome), pulled it again, felt it slide, and it was pretty close to straight. I bolted everything back up and when I released the jack it sagged down a little due to play in the bushing, but it was close enough. I can get in there and fine tune the hangar if I really feel the need one day.

Thermostat is stuck open so that will need to be fixed but it's not making it undriveable so I'm trying to push it till the weekend because I have stuff to do this week.

Just throwing some pics in here 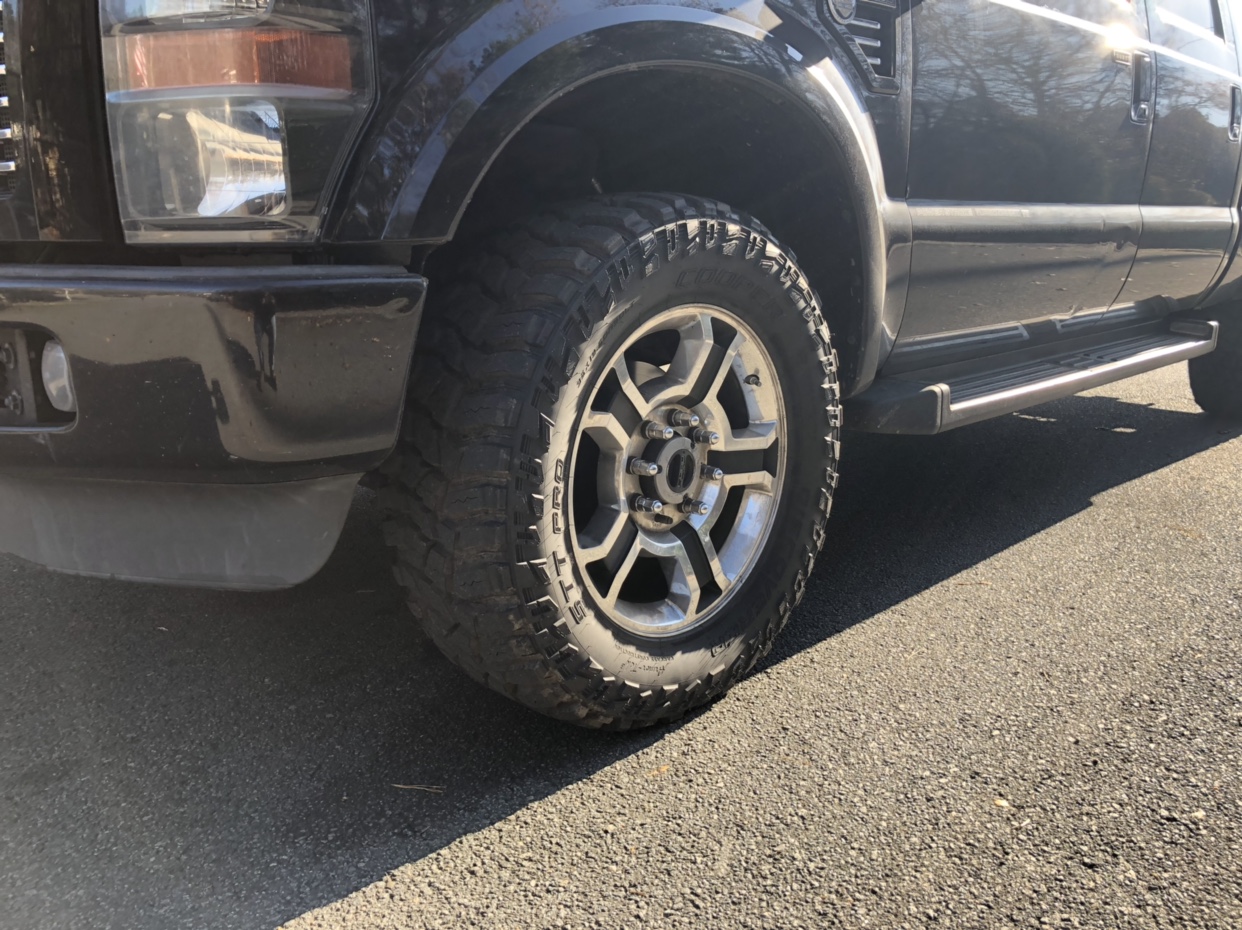 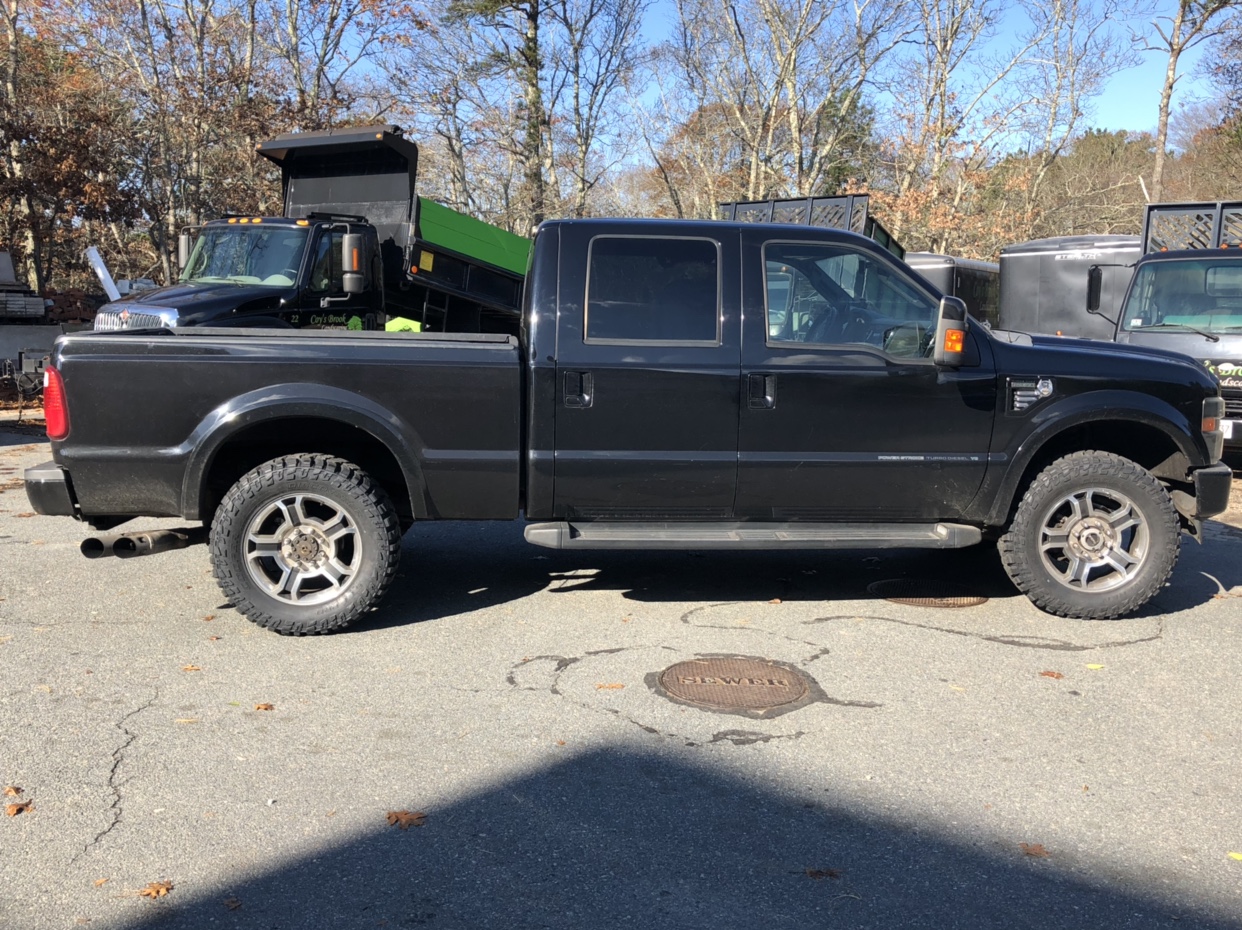 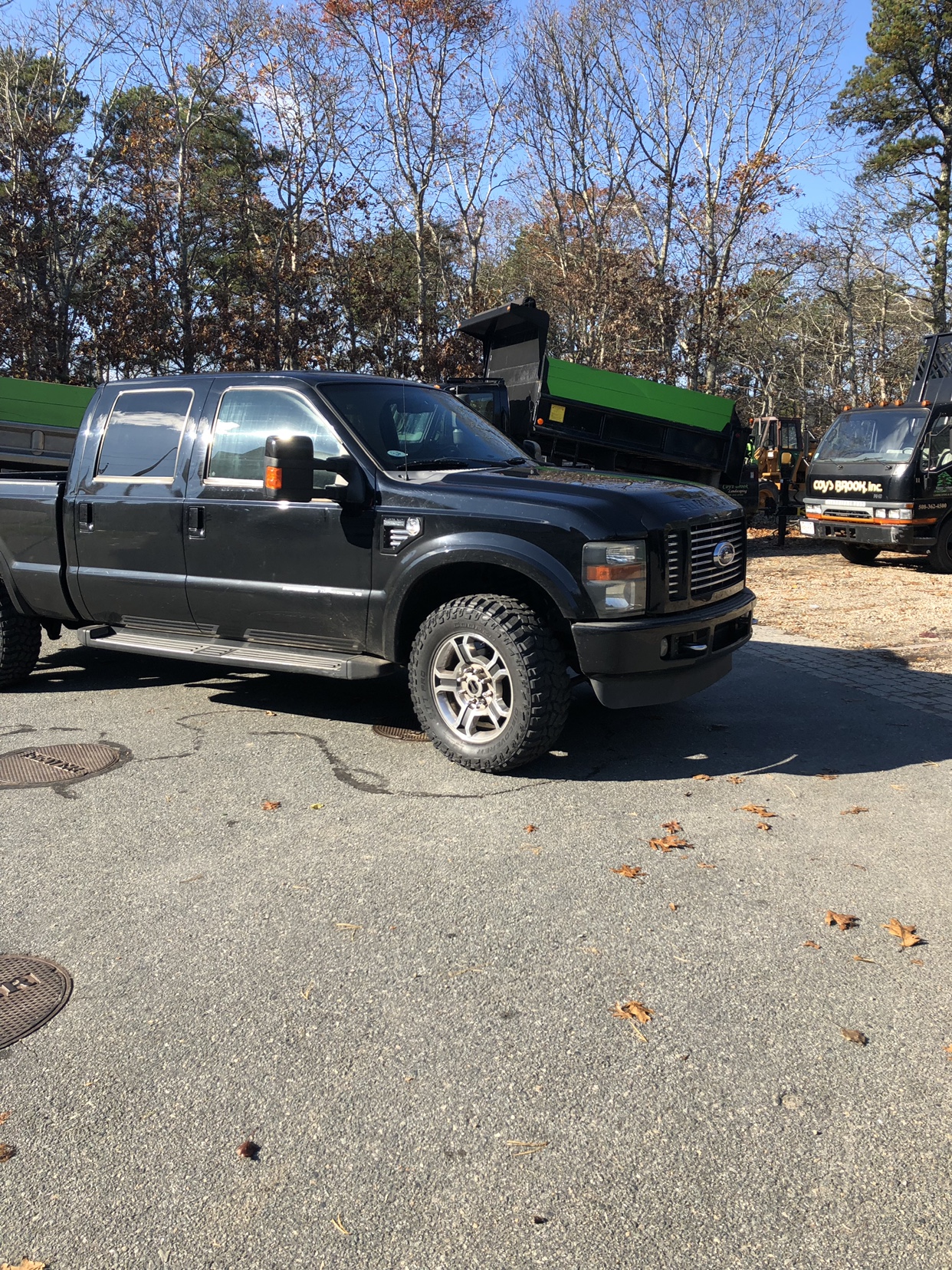 Feel some type of way

Sent from my iPhone using Tapatalk
Click to expand...

Dat nali gone boi. Sold it Friday to a buddy of mine. Going to be his son's car, that kid got hooked up on a fresh ride. Sad it's gone but happy that someone is psyched to get it. Someone else will get as much enjoyment out of it as I did.

Wait when the fuck did you go from a 300k mile Nali to the pimpin Ford???

I'm outta the loop. But the Ford looks killer man

Khaos said:
Wait when the fuck did you go from a 300k mile Nali to the pimpin Ford???

I'm outta the loop. But the Ford looks killer man
Click to expand...

Hahaha this spring, thanks man. I’ve fallen off a little on forums, but I’m trying to keep in touch.

I like the harleys a lot. It needs some work but it’s clean. Not a speck of rust. Few dents, few rips, but I love it.

I need to get some pictures. I got a billet antenna (not luz, I need to drive down there and get him to make me one lol) and clear mirror lights. Need to order some other clear stuff.
I think I'm gonna get some ebay clear heads and see if I can clean up the oems. They're crazed and the lenses may be beyond repair but if I can get them cleaned up I'm gonna try my hand at projector heads sometime. No rice shit but maybe some klearz lenses, black paint and a chrome shroud.
I'm still up in the air as to what the plans are, it's definitely gonna meander but it'll get new tunes this summer. EZ lynk is out for the 6.4's and I'm hearing good things about gdp and ppei.

Oh and I have a polished tip for the truck because my buddy went to a bigass axle dump. If I can get it polished I'll get a reducer and see how it looks.

I ran ebay clear heads and liked them alot

Jesus it’s been a while.

Went with PPEI tuning on an ez lynk and for the most part the truck ripped. Had one bug they ironed out and the truck was a rocket. It didn’t blink at anything I did in it. I loved my sotf tunes.

But...
I had a little crank deflection it seems, and in the last oil analysis sample they picked up a lot of excess bearing wear. Unfortunately that report got back to me 3 days too late because I sat around with the sample for a week. My crank decided it had had enough, and it’s in two pieces now. The number 7 and 8 rod are somewhere around exit 20 on 495, and my cam is sitting in the oil pan.
The good news is I scored a bnib 4” stainless jamo for 150 bucks the next day, with a tip to boot. As if that’s the important piece.


So I went DEEP into central new york and picked up this truck because it had a new motor that never saw a recirc or a regen cycle.

I paid the same just a used motor would have cost and got a free land yacht with it. I had just planned to pull the engine out and slam it in my truck, but this was a lariat and the frame and body for the vast majority are rust free, so I’m keeping it as a work truck and driving it while I build an engine for the Harley. It’s been an awesome truck for the past few months while I hang around, very comfortable and it feels great on the highway.

I found a rebuildable core shortblock in central mass, and went and got it. I tore it down and brought it to the shop that did my heads to work on. He’s the best around and unfortunately has months of backup.
So while I wait for word back on what size pistons to order, and whether the cam is usable as a core or not, and if the rods are reusable, I’m twiddling my thumbs and collecting parts. I found a kit with the fittings for a bypass filter for less than I could have bought parts for, and snagged that. I’m going to try and copy it for my other trucks

I’m hoping to get some crazy intervals out of a good filter setup. I run good oil, and I’m about to drop a bunch on a 55 gallon drum of it. I’m running a thousand miles a week right now, my dad does 30k a year, and at 13qts per change in his truck and 15 in mine, it adds up. For those keeping score at home that’s just under 8 oil changes a piece and at 5-10k intervals as it is, that’s easily only a years worth of oil. If I can push my intervals out to 20 i’ll be happy.
Reactions: Huck

Damn, that sucks about the motor. Sounds like it worked out pretty well with the second truck though. I’m going to do oil analysis on my Dmax for a while to keep an eye on it too. They found a little bit of bearing wear but nothing bad for 218k but I plan to play with the intervals too and wanting to shoot for 12-15k.

Huck said:
Damn, that sucks about the motor. Sounds like it worked out pretty well with the second truck though. I’m going to do oil analysis on my Dmax for a while to keep an eye on it too. They found a little bit of bearing wear but nothing bad for 218k but I plan to play with the intervals too and wanting to shoot for 12-15k.

Thanks, it worked out alright. Hopefully instead of a stock engine now I’ll be able to take some more time and just put together the right parts, fix some of the factory issues, and make a little more power over what a stock truck can.

The bearing wear was bad in the last sample and there was also piston wear. I think oil analysis is worth the money, at least every so often. Depending on the application and intervals, ofc. I’m hoping I can run some decent filters and get some long life.

I was talking with my 6.4 brother @Emery19 I have all the pn’s and stuff off of cat 3126 (c7) engines, i have 3 of them at work, so I might make my bypass setup with a cat filter and filter base if I can mount it. I’m just sick of doing oil changes lol.
Last edited: Jan 26, 2020
Reactions: Huck
You must log in or register to reply here.
Share:
Facebook Twitter Reddit Pinterest Tumblr WhatsApp Email Share Link
Top Bottom