You are using an out of date browser. It may not display this or other websites correctly.
You should upgrade or use an alternative browser.
E

The time has come to get out of my Tahoe and back into something more fun.

I bought this a little over a year ago out of Pennsylvania with 145k on it when I lost the motor in my Subaru. Only reason I'm selling is I want back into a Subaru and I don't need 3 cars. If I could keep it I would.

I'm going to start off by saying this truck is 16 years old, it is not perfect, but it is the cleanest 2001 I have ever seen. Mike (Cleanoh4) saw it when I first bought it and I'm sure he can attest for how clean it is.

I am only the second owner. From the records it was an old guy that custom ordered it and had it serviced at GM its entire life. I don't think the truck saw a winter till I owned it.

It's an LS truck, but it has the tow package, leather seats, console, and all power options. It does not have a third row. I even still have the key for the locking center console. It is definitely weirdly optioned. The interior is immaculate save a spot on the passenger side front door where the panel was melted by a heat gun. Other then that it doesn't look like the back seat has been used. No tears in the leather, no stains, minor wear on the steering wheel.

The truck has been fully debadged, demolded, and de-old maned. When I bought it, it was straight grandpa mode.

I addressed all the problems that it had when I bought it. It has a brand new OEM fuel pump that was installed by a GM dealer in fall of 2016. Both the main drive belt and the AC belt were replaced along with both the AC and Idler pulley and the belt tensioner.

I have changed the oil on it twice, both times with Penzoil Platinum, Lucas additive and an A/C Delco filter. It was most recently changed at about 155k.

The last 3 weeks, my sister has had the truck and she put 2500 miles on it with no problems at all, from NJ to PA, to ME and back to NJ. I wouldn't hesitate to drive this across country. Other then the fuel pump and the squeaky AC belt, I have had zero problems with this truck.

It has 5% tint all around and I have a set of running boards to go with it that I took off. I have 2 sets of keys, the original owners manual, and I believe the window sticker may even be in the book. It has a clean carfax, like I said, I'm only the second owner, and there doesn't appear to have been any paint work at all.

The Bad
It needs tires, the fronts are pretty much shot, the backs are not as bad, but need replaced as well.
Passenger side power mirror only works some directions
Fenders are a chewed up from the mudflaps that were on it it's whole life
As far as I know that's it.


I'm sure I'm forgetting something, I love this truck, but I've had my fun and its time to move on. If I had the place for 3 cars I would keep it. It is currently located in Mount Laurel NJ and is inspected until sometime in 2018. It should have no problem passing inspection (sans tint) in any state that does more then emissions once it has tires put on.

I'm asking 6,000 or best reasonable offer. I do realize it is a tad over book, but the truck is mint and I think that is a reasonable asking price. There is a small lien on it with USAA, so we would have to work with them to get it paid off and the lien released.

You can reach me here by PM or posting in the thread, if you are serious pm and I will give you my cell number so we can communicate.

on to the pictures; Admittedly they aren't great, but I can get better ones if anyone wants.

as it sits now 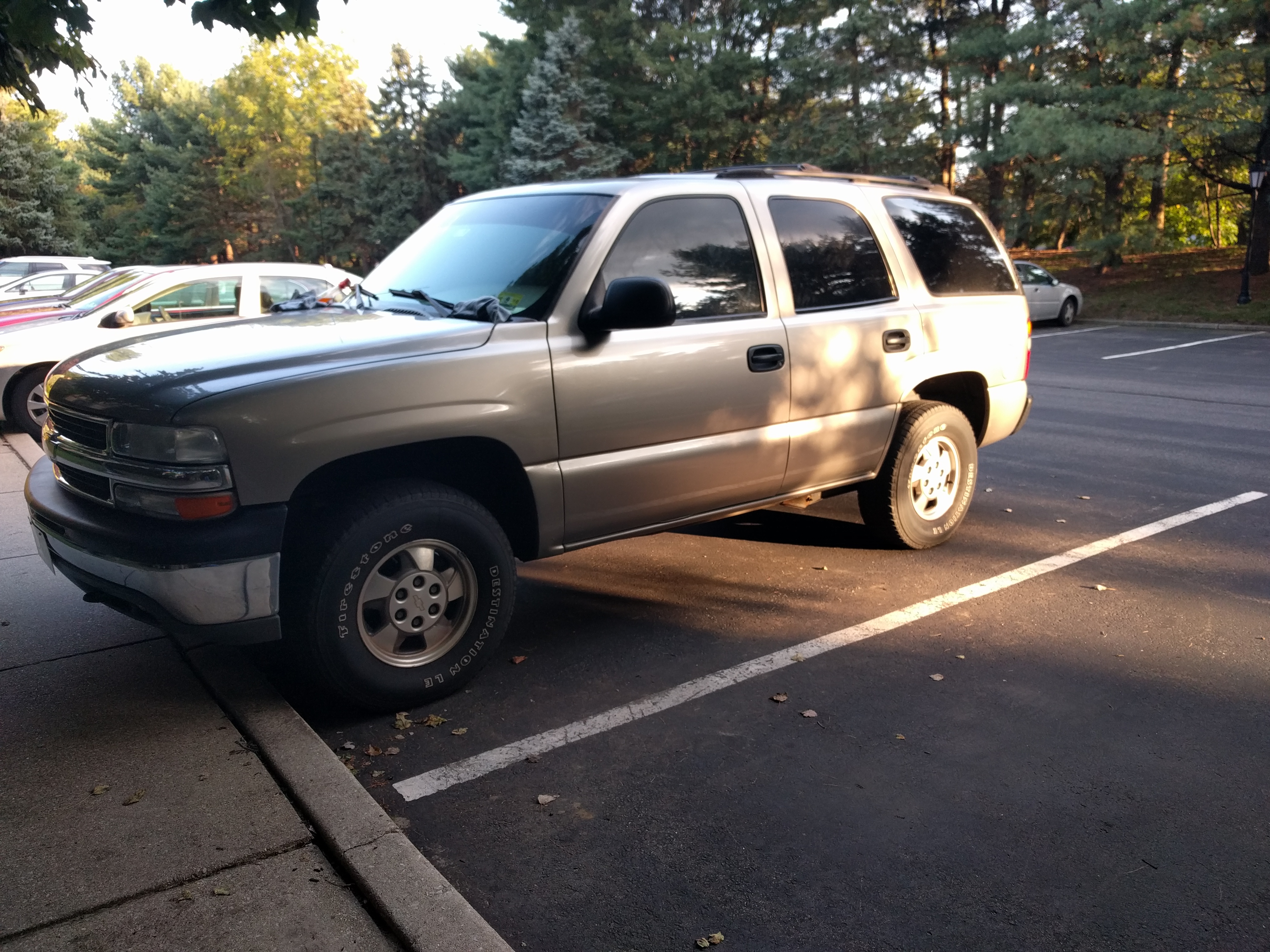 before demold and de pinstripe. 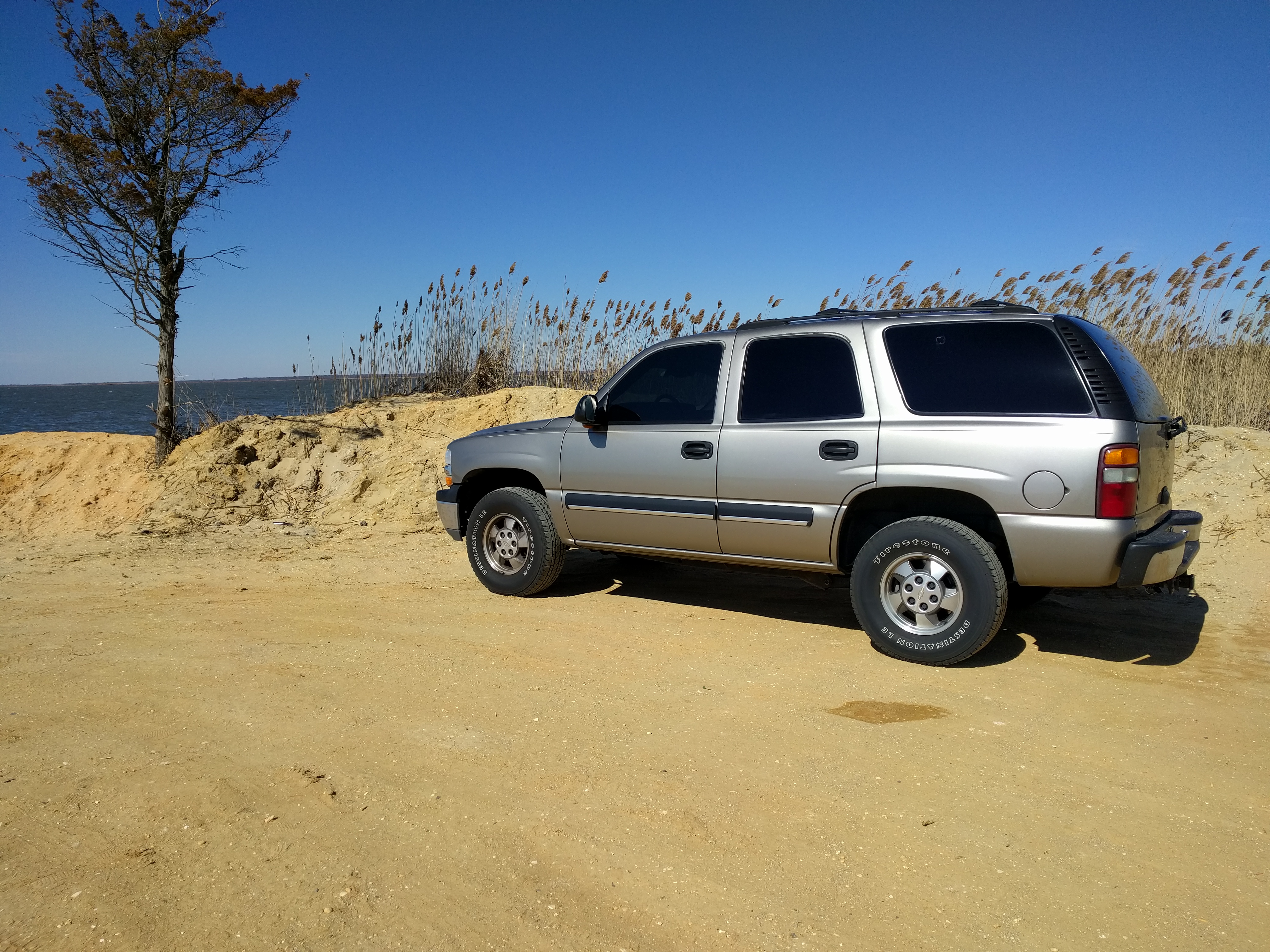 how I bought it 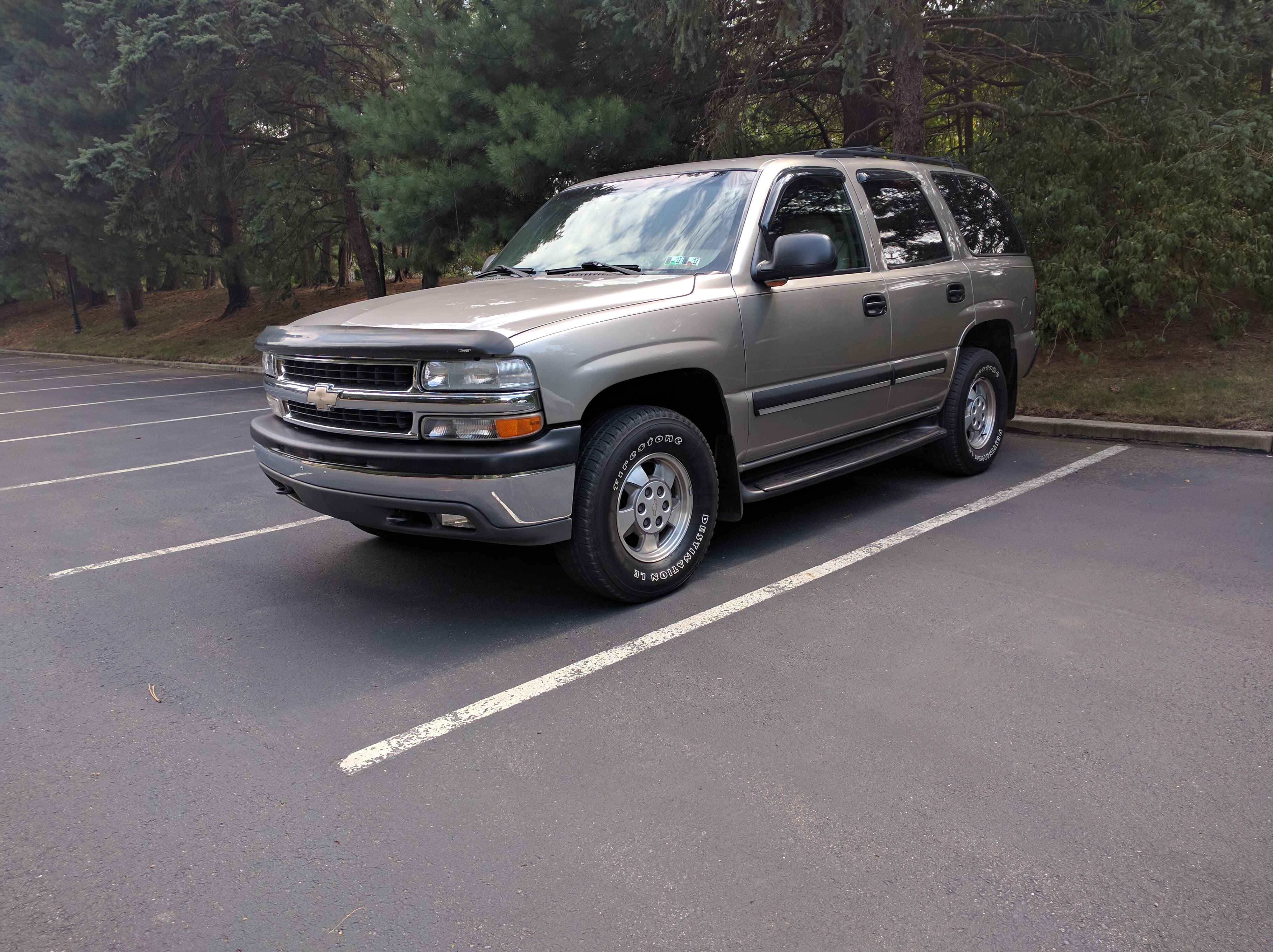 interior (it has an aftermarket head unit in it now) 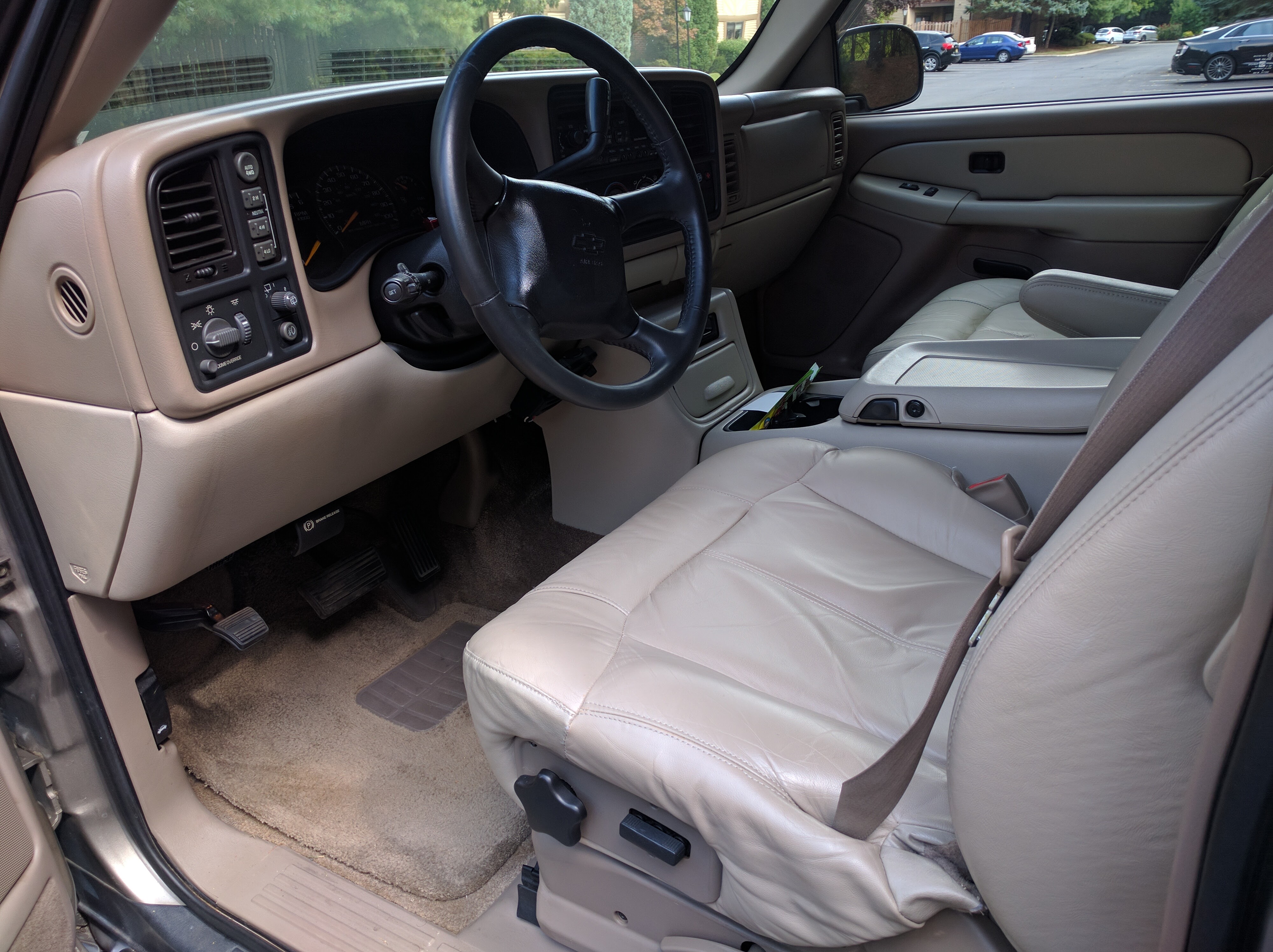 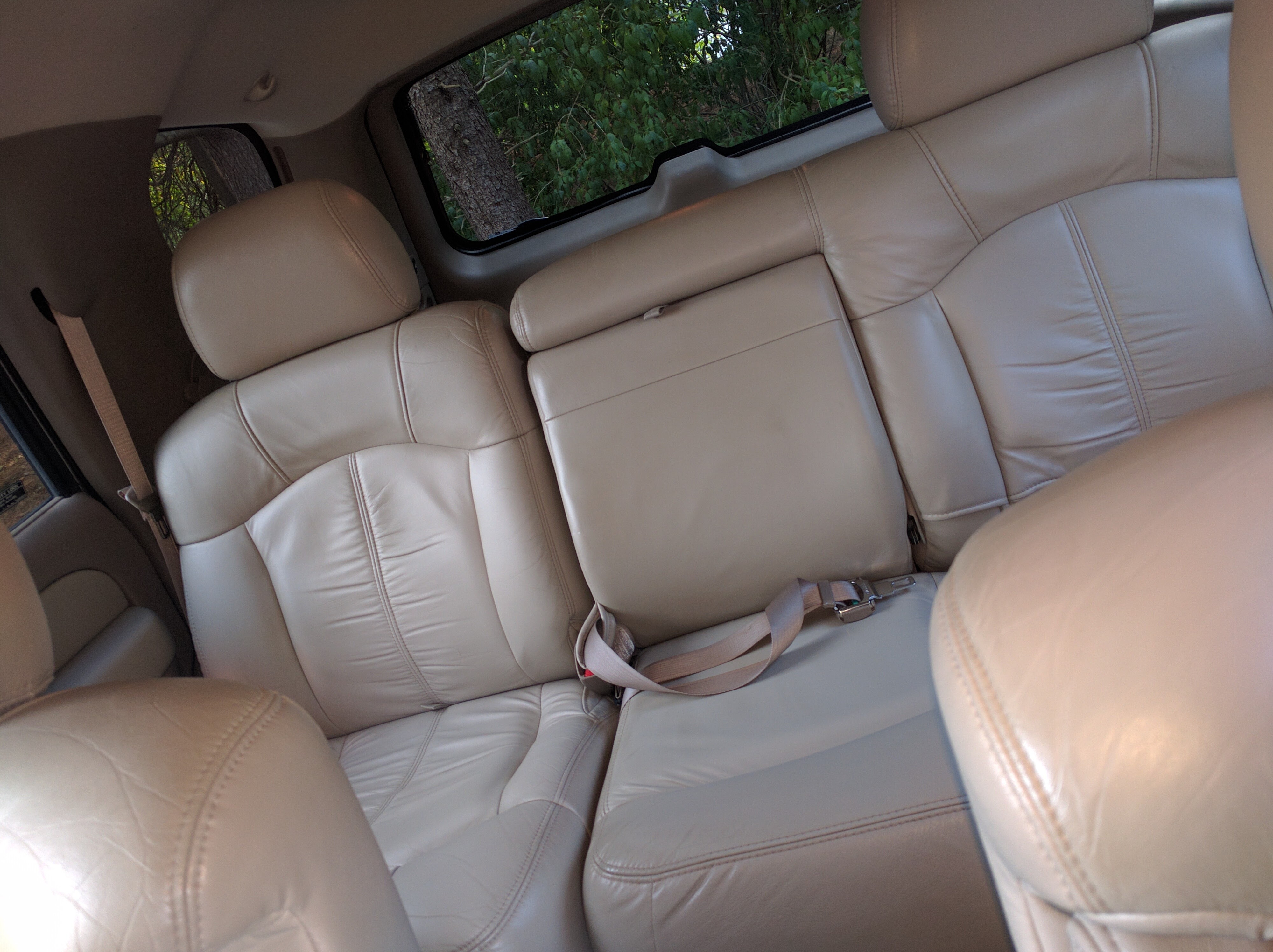 bumpity before it goes on CL and bookface
E

only if it gets a set of welds

in all honesty...does anyone have an idea about what i can realistically get out of this? i know what my bottom dollar is..but i'm beginning to wonder. so far the subaru dealer has offered me 1k trade. the chevy dealer didnt want it, one craiglist scammer and one actual craiglist offer of 2300 cash. none of those are going to get me to part ways.


oh heres the add i just put up

First person with like 4k I'd take it
E

That's what I was afraid of, although Chris your closer where I want to be.

I'd post 4500 an go from there. The nnbs suvs dropped in price so people are jumping on those. At least that's how it is here

Sent from my SM-J100VPP using Tapatalk

I mean when I was looking briefly, I was finding loaded 4x4 Tahoes/Yukons with around 100k for $7-9k. In theory you should be able to get 4500

That's a 4-5500 truck here. Probably a little on the lower end just cuz of the color

Sent from my VS990 using Tapatalk
E

Makes sense. Thanks guys. Guess we’ll see what happens. Would kinda hurt to let it go for 4.

one last bump before i do something stupid and trade it in. 4k takes it.
D

White shoe polish $4000 on the back glass with a throw away email. Park it at community colleges. Poof. Gone.