You are using an out of date browser. It may not display this or other websites correctly.
You should upgrade or use an alternative browser.
B

So, I joined and posted an introduction the other day, but it seems that something transpired last night and the electrical gods deemed it fit to wipe me out of the system. Probably some glitch in the Matrix, Neo ate the other pill and the lady in the red dress actually gender identifies as a dude named Steve.

Anyway, I'll rebuild this post, because it's fun, right? Also, stop me if you have read this before..

I stumbled upon this forum by accident. I saw a couple posts that looked like I could get some inspiration from here for my vehicle(s) so I decided to join. Now it's my time to tell a story.

I used to drive a 2007 Colorado Xtreme. It was splendid. It was most fantastic. It was something I was proud of. I would cruise around getting thumbsups from grown adults and high-fives from babies. Everyone loved it. Well, I loved it. I thought it was awesome, and that's about the only thing that really mattered.

So then comes the twist in this story that happens all the time. You've heard it before, and you are about to read about it again, if you keep reading that is.

My wife wound up pregnant with two little Cheerio thieves, bringing the total number of crayon gobblers in my house to four... including me. I love the green ones. So, three mini munchkins run around our house, and those three made my oh so precious truck obsolete. I had to sell it and upgrade to fit my family of 5 (not including the dog) without coming out of pocket or going into debt. Don't worry, I still hold it against the lot of them.

After looking around, I settled on a 2004 Chevy Tahoe Z71. I had looked around the net and noticed that this body style has a lot of potential and could look really really good. Little did I realize, it took a lot of time and work to make them look like that. Unfortunately, I don't necessarily have that kind of time on hand, which I found out after Thing 2 and Thing 3. So with the little time that I do have, I've managed to modify it a bit and make it more presentable. But, everyone knows you can't turn a 'hoe into a housewife.

This is the point where I post a couple pictures. You can see what this rolling mass of slow looks like when I brought it home.

This is what the monstrosity known as my daily looks like now. 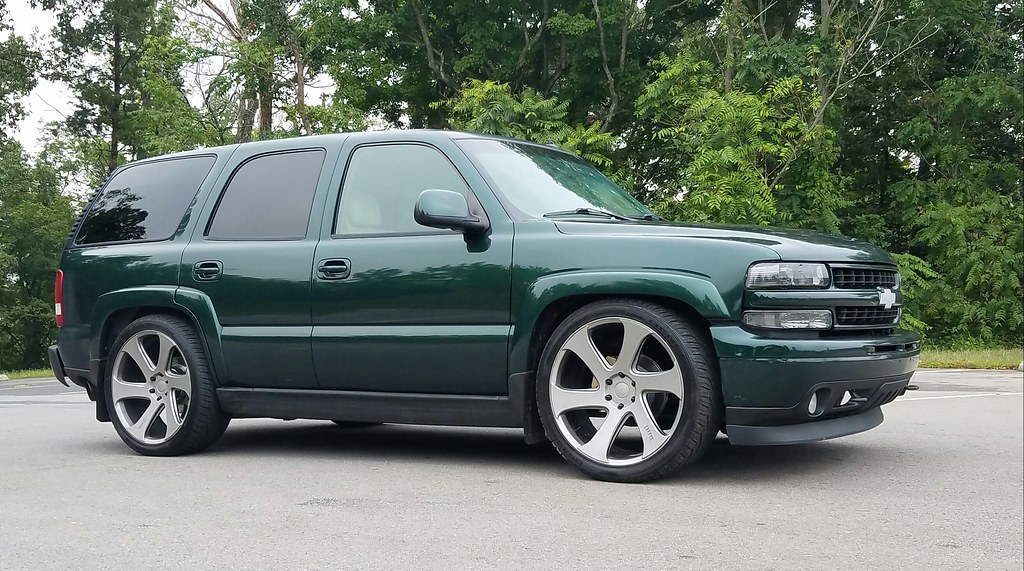 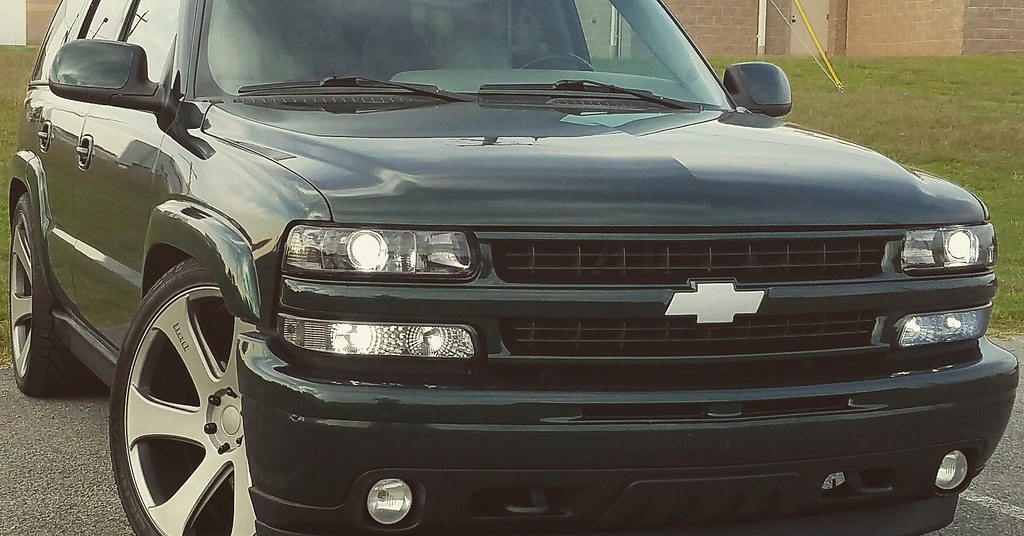 Holy hell, I was expecting a different set of wheels and maybe some headlights, but for not having much "time", you sure as hell did a lot to it lol. Super clean, nice truck, and welcome!

Welcome to the forum Boyd. I'm familiar with your truck from TahoeYukonForums, and the Tahoe groups on Facebook. I've seen all those badass pictures that you've been posting of your truck.
I REALLY like your Hoe since its the same color as mine.
B

I got the same wheels on my ram, did you have them pwodercoated?

Enjoyed the narration of your story

Smith said:
Enjoyed the narration of your story

I think he will be a good fit here

So now I'm confused... Logged in this morning and my old thread was up but this new one wasn't. Now I log in and this one is up and the other is missing. Golly, this is pure confuddlement.

No worries. Thanks for the salutations and oh so heartfelt generosities of welcome.


Smith said:
Enjoyed the narration of your story

Oh, having a way with words is one thing pappy always taught me was important. If it doesn't get you into a ladies knickers, then at least you have the ability of making a fool out of someone in and argument, even if you are wrong.

blurred said:
So now I'm confused... Logged in this morning and my old thread was up but this new one wasn't. Now I log in and this one is up and the other is missing. Golly, this is pure confuddlement.
Click to expand...

sites been wonky the last couple days, normally it runs pretty smooth
B

bgray said:
I got the same wheels on my ram, did you have them pwodercoated?
Click to expand...

Nope, no fancy shmancy powdercoating for this guy.

Taped 'em off and went to town with a spray can. I like the smell and the rattle brings me back to the days of drooling on myself and people thinking my poo faces were cute. Now that I have actually seen it in person, instead of just floating around in the space between the tip tops of my ears, I know that I need to take them somewhere and give them a proper finish.
Last edited: Oct 6, 2016

The thread thing was due to server issues. Should be all good now!
B

Wonky? Well, I'm sure he is looking down and smiling at this point...

Blurred as in 355 nation blurred?


Sent from your girls iPhone.
B

Khaos said:
The thread thing was due to server issues. Should be all good now!
Click to expand...

Cool beans... I'm starting to catch on to the rainbow color scheme of the positions here. Thanks for the update.

That would be one in the same.
M

blurred said:
Cool beans... I'm starting to catch on to the rainbow color scheme of the positions here. Thanks for the update.

That would be one in the same.
Click to expand...


Sent from your girls iPhone.
B

Molly said:
Sup bro I had the silver birtch canyon we met in Dover before
Click to expand...

Hah! The into story for the win!